Coronavirus and Complacency: Record-High Overdoses in 2020

Drug overdose deaths surged in 2020 amid the coronavirus pandemic — shooting up by nearly 30% from 2019 numbers, according to a new report from the Centers for Disease Control and Prevention.

In real world numbers: 93,000 people lost their lives to drugs, which shot up during the pandemic after having just set a record in 2019 when 72,151 lives were extinguished by substances, according to data from the CDC’s National Center for Health Statistics (NCHS).

“This is the highest number of overdose deaths ever recorded in a 12-month period, and the largest increase since at least 1999,” Dr. Nora Volkow, director of the National Institute on Drug Abuse (NIDA), said in a statement. “These data are chilling.”

The increase in deaths is due, in part, to a rise in deaths involving cocaine and fentanyl. Fentanyl is the synthetic opioid that’s been driving the country’s overdose epidemic. When mixed with other drugs, whether users know it or not, it increases the potency and lethality of the substances.

The increase is also being driven by psychostimulants like methamphetamines.

Local numbers are even worse in many pockets of the nation. Several states witnessed a more than a 50% increase in drug overdose deaths in 2020, including South Carolina, Kentucky and Vermont.

“As we continue to address both the COVID-19 pandemic and the opioid crisis, we must prioritize making treatment options more widely available to people with substance use disorders.”

Only two states, South Dakota and New Hampshire, reported decreases in deaths, though New Hampshire decreased by just 0.5%. South Dakota reported a decrease of 15.9%. Bob Anderson, the chief of mortality statistics at NCHS, says South Dakota’s case is unusual, because the most common culprit is psychostimulants, not fentanyl.

While it’s hard to know for sure, he says it’s clear why states nationwide are reporting such large increases.

“Most of the other states show this sharp increase in the number of drug overdose deaths, and a lot of it is being driven by this fentanyl pattern,” Anderson tells The News Station.

Members of Congress have blamed the Food and Drug Administration for minimizing risks and approving opioids for chronic pain as well as pharmaceutical companies, like Purdue Pharma and its former owners, the Sackler family, for fueling the opioid crisis.

The “COVID-19 pandemic created a collision of health crises in America,” Volkow said. She says even as people are now consuming more substances, they still struggle to access solid health information — not just anti-drug ads — and potentially life-saving treatment for substance use disorders.

As the coronavirus pandemic slowly recedes, health officials are calling for action to prevent another wave of overdose deaths. They say dependent users need hospital beds, not prison and fines.

“As we continue to address both the COVID-19 pandemic and the opioid crisis,” Volkow’s statement continues, “we must prioritize making treatment options more widely available to people with substance use disorders.” 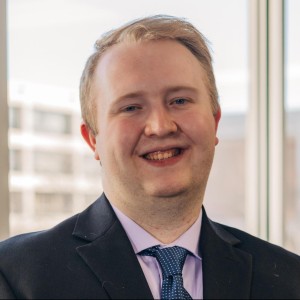 Zach Wendling
Zach Wendling is a junior at the University of Nebraska-Lincoln. He studies political science, journalism and broadcasting. He's currently senior news editor for the campus newspaper, The Daily Nebraskan. He's focused on covering university governance and administrative affairs, among other issues, like COVID-19.
More Articles