Cuomo’s All Hot Air, No Smoke When it Comes to Marijuana Legalization

After years of promises and intense negotiations, New York state — home to one of the fiercest progressive bastions in the country and arguably the most influential economic hub in the world –is once again slated to start the new year with the state’s political class once again having failed to legalize recreational marijuana legislative.

As coronavirus continues disrupting life in New York City and smaller upstate towns alike the Empire State is reeling from billions of dollars in lost revenue. Gov. Andrew Cuomo (D) and Democratic legislative leaders are once again eyeing up what the state health department estimated could be upwards of a $3.5 billion windfall for the state once it sets up a regulatory system for marijuana, so lawmakers can slap state taxes on the sales and manufacturing of all canna-related products.

Once again Cuomo’s vowing to legalize cannabis in the new year. He’s fresh off a new book tour and is feeling emboldened by his supercharged (if inflated) national image after playing yang to the White House’s ying during the first few months of the pandemic. And he’s sending signals that his administration will put the issue at the forefront of next year’s legislative agenda. This year’s budget deal and legislative session largely ground to a halt at the onset of the pandemic. All attention was diverted towards the pandemic, leaving “non-essential” legislative initiatives like marijuana to gather dust in abandoned statehouse offices. Two weeks ago, Cuomo’s top marijuana advisor indicated legalization will again be included in Cuomo’s budget, which also happened last year to no avail.

“You could be looking at a serious economic stimulus by transitioning an informal sector that’s not taxed into a taxed and regulator sector, collecting licensing fees, collecting tax revenue on that, while achieving your criminal justice and criminal reform goals,” Axel Bernabe, assistant counsel to the governor told Canopy Growth Executive Dave Culver on his podcast earlier this month.

It’s a win win win. We’re excited by the proposal and we hope that we can come to an agreement with the legislature and get it done in this year’s budget

One of the lynch pins Bernabe acknowledges here is “an agreement with the legislature.” In 2018, New York Democrats cemented their majority in the state Senate, Assembly and governor’s office. On Election Day they have a chance, if on the slimmer side, of making that legislative majority veto-proof. Despite single-party control, a few major rifts, in what are otherwise largely similar legislative proposals, have kept the state from legalizing recreational marijuana like 11 states and the District of Columbia have done.

The most divisive of those rifts has been over how to divvy up the new pot of tax revenue. Progressive lawmakers want to divert much of it to help rectify the years of social injustices propagated by criminalization. In short, Cuomo’s on board with the idea, but he wants to leave the specifics up to an office he would create dedicated to handling most aspects of the state’s new cannabis industry. His opponents, mainly progressive-leaning Democrats, don’t want to hand Cuomo or his successors a personal cannabis slush fund, so they want those specifics outlined in the text.

“The criminal justice advocates are seeing an even more time-sensitive urgency to get funding for their initiatives, and the state is under a budget crisis and they’re sensing even more urgency on their issues,” Smit told The News Station. “So everybody is kind of getting further from the center.”

There are other hang ups too, including fears the state may over-tax recreational weed to a point where consumers are priced out of the regulated market, and New Yorkers have been driving to other states to buy cheaper, cigarettes, booze and weapons for decades now. And two of its three neighbors to the east – Massachusetts and Vermont – have both legalized recreational marijuana, and its southern neighbors Pennsylvania and New Jersey both seem slated to legalize recreational cannabis soon too. Heck, even its neighbor to the north – Oh Canada – has legalized recreational weed already!

With America’s northern and southern neighbors now on board with marijuana legalization, many advocates here in the states are still left wondering: When will New York finally catch up with our neighbors, allies, and trading partners? 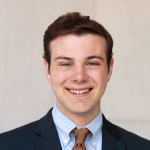 Vaughn’s currently based in New York’s north country. His journalistic escapades include freelancing for the New York Post, the Albany Times Union, Democracy Now, the Ithaca Voice, and several public radio stations across the country. Vaughn holds a bachelor’s from Ithaca College with majors in journalism and economics.

Vaughn’s currently based in New York’s north country. His journalistic escapades include freelancing for the New York Post, the Albany Times Union, Democracy Now, the Ithaca Voice, and several public radio stations across the country. Vaughn holds a bachelor’s from Ithaca College with majors in journalism and economics. 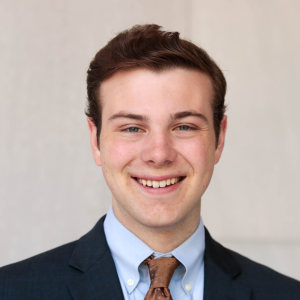 Vaughn Golden
Vaughn’s currently based in New York’s north country. His journalistic escapades include freelancing for the New York Post, the Albany Times Union, Democracy Now, the Ithaca Voice, and several public radio stations across the country. Vaughn holds a bachelor’s from Ithaca College with majors in journalism and economics.
More Articles