Supply-chain issues and labor shortages have been in the news recently, as the world struggles to adapt to COVID-19. Does that mean the shelves in your local marijuana dispensary may be empty soon enough?

Maybe, maybe not. But there is ample evidence the industry, like any other, is struggling with the macro conditions imposed by the pandemic and its subsequent effects on global supply chains. The issues are affecting big and small players alike in the cannabis world.

Plants may be grown locally, but they still have to get from A to B and that could be an issue when there may be shortages of vehicles and drivers to transport them, for example. However, the equipment used to help grow and produce cannabis may come from much further afield.

Reliance on ‘Made in China’ Is a Growing Issue

Bryan Buckley is the co-founder and CEO of California-based Helmand Valley Growers Company (HVGC), which aims to improve the health of veterans through its cannabis products. The company’s overriding aim is to use the money it makes from recreational products to fund research on medical marijuana for veterans, Buckley says.

Buckley sees China as one of the main supply problems, because so much marijuana equipment is sourced from there. In China, he says, some of the major factories are currently shut down twice a week due to a lack of electricity amid surging demand for products, as pandemic restrictions ease, adding stress to an already chronic power-supply shortage.

This may lead to further supply issues going forward, Buckley says. There are perhaps even more pressing supply issues with the massive shortage of truck drivers in the state of California.

Nobody’s Driving the Trucks in Cali

A combination of many truck drivers retiring last year during the height of the pandemic and vaccine mandates and unemployment benefits making people more hesitant to rejoin the workforce has led to a shortage of about 60,000 truck drivers in California alone, Buckley says.

“The trucking industry is in the middle of a perfect storm of challenging events,” he told The News Station.

In California, sufficient numbers of people have passed courses to gain access to a truck-driver license, but there are backlogs at the state’s Department of Motor Vehicles to issue these licenses, he adds. It means product is backed up at Long Beach and Los Angeles ports, the latter of which is the largest port in the United States.

Approximately 200,000 containers remain on ships off the coast of Los Angeles, according to this Oct. 19 CNN story. About 30% of available appointments for trucks to pick up loads are going unmet, the report added.

“Without being able to move the cargo, a massive bottleneck has formed, and ships are anchored off the coast,” Buckley said.

Bigger players in the cannabis world are facing the same supply crunch.

Multistate-operator (MSO) Cresco Labs, for example, admits it has been battling macro supply-chain issues driven by the COVID pandemic since April 2020, and the company says it expects such issues to continue well into next year. The global supply chain may be at its most vulnerable point in more than 70 years, says Paul Ochsner, Cresco’s vice president of supply chain.

The Chicago-based MSO, which operates in 10 states and has 20 production facilities, says it has experienced material shortages and extended lead times for equipment and packaging due to the lack of availability of components and materials. Transportation delays, port congestion and a lack of labor at ports to accept and offload shipments have also been a problem, causing increased lead times in excess of 50%.

“As a result, we are taking longer inventory positions on key items coming from overseas, we have brought production of certain packaging elements on or near shore and established back-up or alternative sources where we felt necessary,” Ochsner told The News Station.

The supply-chain problem has forced some cannabis companies to be flexible when they can’t source exactly what they want.

Patty Pappas and Carrie Mapes are the co-founders of Los Angeles-based Hello Again, a company providing marijuana-infused products to menopausal women in 30 dispensaries across California.

“Our main issue with the supply chain lies with sourcing ancillary items like swag bags, promotional materials or general marketing items,” Mapes told The News Station. “We find ourselves pivoting to new ideas around what we can source rather than source what we want per our original idea.”

Buckley at HVGC also recognizes the need to pivot in such times. He says he and his company have managed to plan ahead, communicating often with their ancillary partners and making sure equipment supplies are adequate.

Outside of the supply chain, the even bigger issue Hello Again has faced is the lack of qualified workers to market their niche products.

As the only cannabis brand Pappas and Mapes know of that exists primarily for menopausal women, educated workers need to be physically present in their dispensaries to explain and promote the company’s products, Pappas says, especially as many of the women they are targeting may not be regular cannabis users.

With many qualified people now preferring to either work remotely or simply move to other, cheaper states because of the pandemic, labor supply shortages are increasingly common.

“We are a product that needs education and are having trouble finding salespeople and brand ambassadors to help bring our message to the market,” Pappas told The News Station. “It feels like, in California, there is an unstable workforce to pull from and it is getting more expensive every day.”

The company has experienced staffing shortages at its dispensaries and grows. While applications for salaried roles are generally holding steady, Cresco is increasing its efforts to fill hourly positions.

“To address this we are ramping up our in-person recruiting events at most of our larger [retail and operations] locations,” Scott Wells, Cresco’s executive vice president of talent acquisition, told The News Station.

Is Federal Legalization a Solution?

Cannabis companies are going to have to be continually on guard to ensure adequate supplies of what they need, be it products or people, as the global supply-chain pressures don’t look to be easing anytime soon.

Perhaps federal legalization of cannabis may be an eventual solution, as it would encourage mainstream banks to do business with existing cannabis companies, as well as spur more traditional companies to get involved with the drug, Buckley at HVGC suggests. Even the passage of the SAFE Banking Act in the U.S. Senate could help, he adds.

“This could potentially entice companies to open up businesses in America, which would result in an enhancement in the American cannabis supply chain,” he said.

But with the banking act still stuck between the two houses of Congress, legalization seemingly a long way off and global supply issues continuing to cast their shadow, flexibility will continue to be the name of the game, at least for the short term.

“Luckily, the cannabis industry has already trained us to be nimble,” Mapes said. 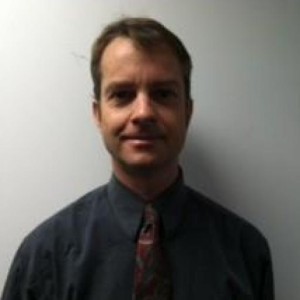